Subzero Wolf is an American luxury. Subzero Wolf household appliances are the realization of the most unbelievable drams in a product of a very high quality, that will meet all your requirements. You might think that a huge size and area usage are not meant to work together, however Subzero Wolf achieved that by years of hard work and experience. These two brands are focused on creating and constantly developing specific sphere of the production. Each company has specific products and the best specialists all around the world are working on them.

The Origin of Subzero Wolf 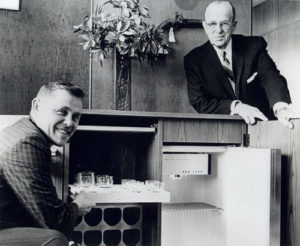 The origin of Subzero Wolf comes from the middle of the 20th century. Subzero was founded by Westye F. Bakke. He was very talented and in fact his first freezer he created in his basement where he had to keep insulin for his son that was suffering from diabetes. Later on he figured out that it was a good place to keep food as well. And another company that has no analogues in food preparation, Wolf, wants to cooperate. And here the two companies unite.

In the modern world of appliances that are being contently developed, kitchen is the exact place where you would like to see those appliances and the Subzero Wolf American Company decided to show 10 innovation ideas on combination of traditional design with modern developments.